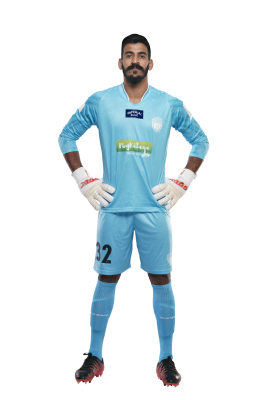 Hailing from god’s own country, Kerala, Mirshad started his career in 2016 with FC Bardez Goa and made 29 appearances for them. The following year, he was signed on loan by Gokulam Kerala FC before joining the Kolkata Giants East Bengal. He made over 50 appearances for SC East Bengal including his ISL debut last season.