NorthEast United FC (NEUFC) is a football club that competes in the Hero Indian Super League (ISL), the premier football league in Indian football. At the advent of the ISL, the Club, led by actor/producer John Abraham, secured the Northeast franchise to represent the region, which is the hotbed of footballing talent in the country. Thus, on 13th April 2014, the Club, which represents the seven sisters and one brother of the Northeast, was conceived. It was a historic moment in Indian football as NorthEast United FC became the first team in the world to represent a region.

India's footballing talent has historically hailed from the region. The first player to captain the National team, Dr. Talimeran Ao, post-independence, was from present day Nagaland and the region continues to be a steady feeder for the National football team.

The Club prides itself as an entity that both passionately and resolutely stands for the region and was founded on two key pillars:

We live this mission by scouting, nurturing and grooming local talent from the region.

The crest of NorthEast United FC was designed keeping the ethos of the Club in mind. It features 8 stars at the top, representing each of the 8 Northeastern states. The colors of the crest are inspired by the 3 primary colors that are frequently seen across the region – red, black and white.

The team plays its home games at the Indira Gandhi Athletic Stadium in Guwahati and boasts one of the most passionate fan bases in the league with an average attendance of 17,000 people per match. 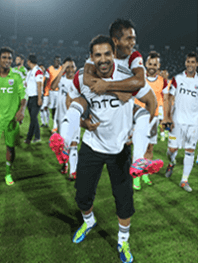 The club is owned by Actor/Producer John Abraham, one of the most prominent superstars in the Indian film industry, with a self-confessed love for football. A former Division A footballer himself, John once dreamed of representing India in the international arena.
Today, NorthEast United FC stands out as the only non-corporate owned club in India's top football division. John takes immense pride in the fact that the Club stays true to its values and is largely successful in providing opportunities to talented players.
As the beating heart of the Club, John envisions the Club to be a platform that fosters change and encourages youngsters from the region to chase their dreams, with resilience and determination.
Our Philosophy 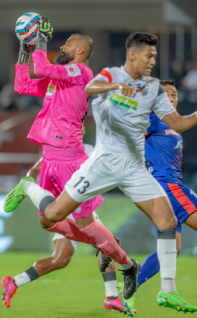 The Club philosophy is based on two formative principles:
The phrase "8 States 1 United" denotes unity amongst the 8 states of the Northeast, who are divided by the hills, but are united by their love for football and subsequently, NorthEast United Football Club.
The phrase 'Stronger As One' refers to the amalgamation of different cultures from the Northeast, and as an extension, the rest of the country, which in turn creates a unique identity for the Club, seen as a symbol that unites players, people and society, using the love of the game. 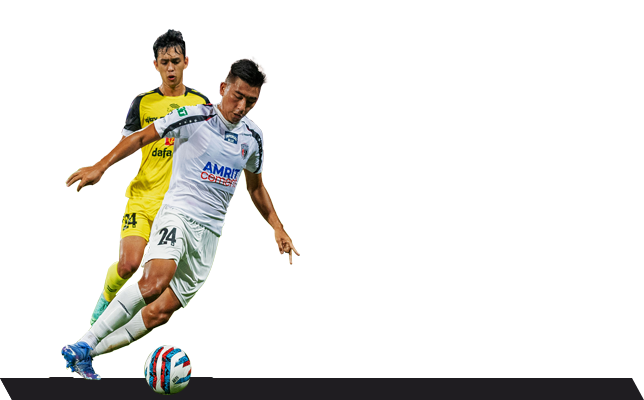