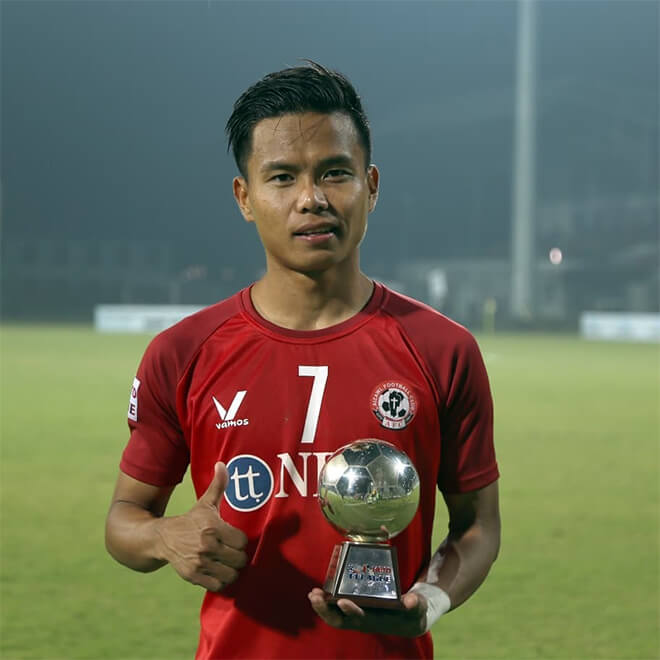 7th October 2020 | NorthEast United Media
NorthEast United FC is happy to announce the signings of winger Rochharzela and forward Lalkhawpuimawia ahead of Season 7 in the ISL.
Rochharzela joins the club after finishing the recently concluded I-League season as Aizawl FC’s top scorer netting 6 times. Lalkhawpuimawia, is an established striker who went from plying his trade in the Mizoram Football League for Chhinga Veng FC to becoming one of the most dangerous strikers in the I-League over the last 3 years. A part of Khalid Jamil’s league winning Aizawl FC side, Lalkhawpuimawia has an astonishing 14 goals in his last 24 starts in the I-League!

Speaking on the signing, NorthEast United’s Executive Director Priya Runchal said, “Our core philosophy at the Club is to provide a platform for players from the region to showcase their abilities. Over the last 6 years we have stayed true to this and are thrilled to have Rochharzela and Lalkhawpuimawia be a part of our team. Rochharzela was one of the top talents on display in last season’s I-League whilst Lalkhawpuimawi’s prolific goal scoring record speaks for itself. We are confident that both of them will be valuable additions to our squad.”
On his signing Rochharzela added, “It is an honour for me to represent Northeast United in the ISL. I have been watching the team and the league since the beginning and I feel it is the right time for me to make my mark in this competition.”
On his signing, Lalkhawpuimawia stated, “I would like to thank the management for giving me this opportunity to prove myself in the Indian Super League. I am looking forward to working with the coaching staff and my teammates to make this season one to remember.”
Title Sponsor