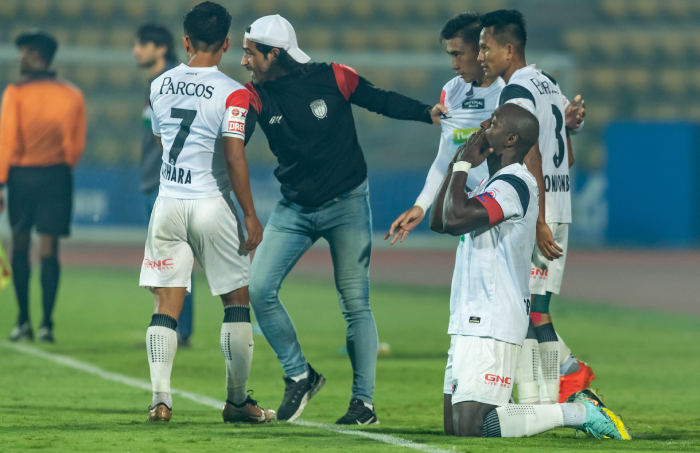 27 Tuesday 2022
NorthEast United FC defeated ATK Mohun Bagan 1-0 in the Indian Super League on Saturday at the Indira Gandhi Athletic Stadium in Guwahati, Assam. It was Wilmar Jordan's strike which ensured the Highlanders their first win of the 2022-23 seasons. With this victory, Vincenzo Alberto Annese and co ended a 10-game winless streak and recorded their first points of this ongoing campaign. It was a display of resilience and solidity by the NEUFC players throughout the 90 minutes. The Mariners had their chances but will rue missing the same as players like Dimitri Petratos and Liston Colaco were quite wasteful with their opportunities. In the 70th minute, the home team produced a brilliant counter-attack. Rochharzela put through Emil Benny with a ball on the right flank, who then curled in a cross for the towering Jordan. The Colombian then headed a looping one past Vishal Kaith. After this match, NorthEast United FC remain in the last position have increased their points tally to three. ATK Mohun Bagan remain in third with 20 points, their distance from the top spot now seven points.