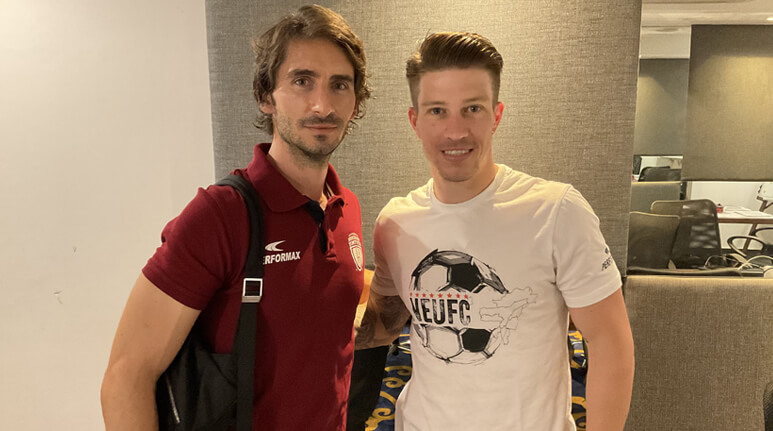 18th December 2020 | NorthEast United Media
The Highlanders will go up against Jamshedpur FC, a side in good form and one that the Highlanders have never beaten in the 6 times they have faced each other with 5 matches ending in draws. Friday evening's match will be Hero ISL's 500th Match and the Highlanders will be looking to grab all 3 points to strengthen their position in the Top 4 of the table.
The visitors managed to hold the in-form Mumbai City FC to a 1-1 draw with 10 men on the pitch for the majority of the game, in their last outing. With Nerijus Valskis also displaying the same kind of form that made him the league's most dangerous striker last season, the visitors should present a tough challenge on the night. On goal, the Highlanders will be up against TP Rehenesh, who has shown glimpses of his best form for the Jamshedpur based outfit. On the home front, Coach Gerard Nus confirms that the Highlanders have zero injury concerns and every member of the 27 man squad is available for selection. This will present Head Coach Gerard Nus with another selection headache as the likes of Federico Gallego, Subhashish Roy Chowdhury and Charra pushing for starts.
Speaking to the media ahead of the game, Gerard Nus praised the qualities of Jamshedpur, "They can create something from nothing and that's something that we are aware of and are going to be ready. We always talk about Valskis but they have a lot of other players who can score. "They are a big threat for any team. They are also on a good run. They have not lost in the last five games and are for sure going to be a tough team tomorrow", he said. He highlighted the fact that the Highlanders will be prepared for what the opponents bring and it will be an exciting match for the fans and the neutrals.
Joining him in the conference, Federico Gallego said "As you know, we started very well last season but we couldn't continue in the same way. I believe it will not happen this year. As a team, we know how to work together on the pitch and we hope to continue in this way to get the win and three points".
Talking points around the game: