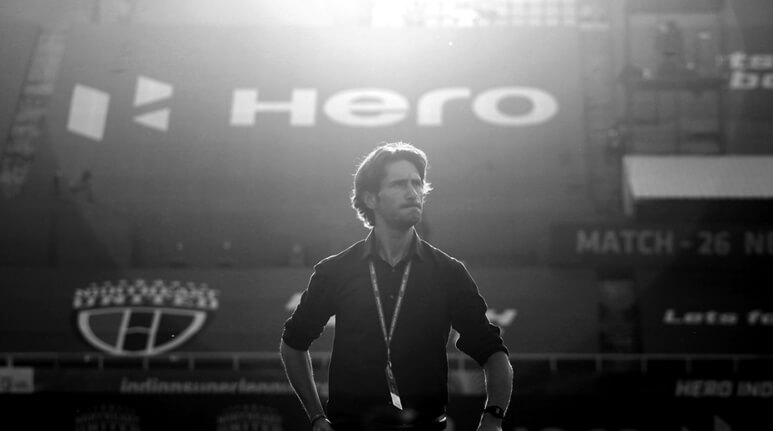 13th December 2020 | NorthEast United Media
The Highlanders extended their unbeaten streak to 6 games in the 7th edition of the Hero ISL, but will feel hard done on the night for not getting all 3 points because of the chances that were presented in both halves of the game. Both sides had plenty of chances to score but failed to trouble the scorers as one of the highest scoring fixtures in the league ended in a 0-0 stalemate for the first time ever.
The match began at a rapid tempo, with Gurmeet being forced to make a save in the very first minute by Chhangte’s shot from the left wing. The Highlanders responded with counters of their own with VP Suhair, Machado and Ninthoi looking dangerous as usual. The Highlanders played some eye-pleasing football towards the end of the first half but failed to create a chance that could earn them the lead going into the break.
The second half began with Machado, Suhair and Sylla combining to trouble the Chennaiyin defence right from the whistle but Vishal’s acrobatic save denied us the lead. Looking to change things up, Coach Gerard subbed in Kwesi and Charra for Machado and Ninthoi respectively. The industrious Charra got into the action straight away, threading a beautiful pass through to Sylla who failed to finish from close range. Britto and Fanai replaced Suhair and Apuia in the final 20 minutes of the game but the winner was nowhere in sight.
Another dogged performance in the center of the park earned Khassa Camara the Player of the Match Award, the 6th time a Highlander has won the honour in as many games. He continued to break the lines and protect the defence and has proven to be a big signing this season. Speaking to the media after the game, Coach Gerard was clear that the plan was to take all 3 points and he was disappointed that it couldn’t be achieved. The Coach said that the team will look to analyse their mistakes from this one and now concentrate on the next one against Jamshedpur FC.

The Highlanders will take on Jamshedpur FC, a side they have never beaten on Friday