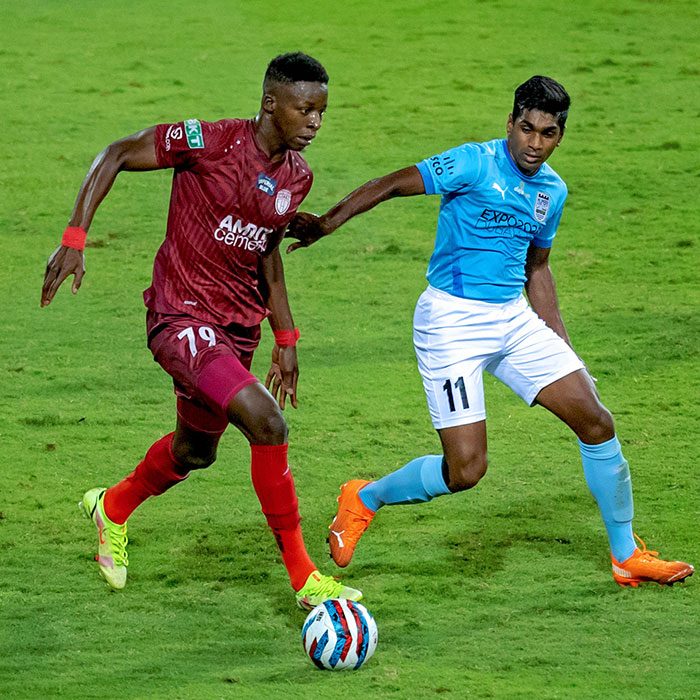 24 Monday 2022 | Club Statement
NorthEast United have acquired the services of French-Senegalese defender Zakaria Diallo. The defender joins the Highlanders to bring more stability to the team's defence. Born and brought up in France, the player has spent the majority of his career in France. He started his youth career with AS Treauville-Deauville and then moved to Le Havre. Diallo began his professional career with Beauvais in 2010. He then moved to Belgian side Sporting Charleroi before returning back to Ligue 1 outfit Dijon in 2011. He went on to play 74 games and scored seven goals for them across all competitions. In 2015, the defender moved to another French side Ajaccio before making a big move to the then Ligue 2 side Brest in 2017. After making 40 appearances for Brest, Zakaria Diallo signed for MLS side Montreal Impact. After a decent stint in America’s top flight, Diallo returned to his native country and joined RC Lens. The Frenchman played an influential role in RC Lens’ journey back to the top flight of French football, Ligue 1. The 35-year-old joins NorthEast United following a short spell with Kuwaiti side Al-Shabab. Zakaria Diallo is a solid defender with a strong aerial presence and will play a crucial role for Khalid Jamil’s side in the Hero ISL.