Undefeated Highlanders didn't make it past the group stage 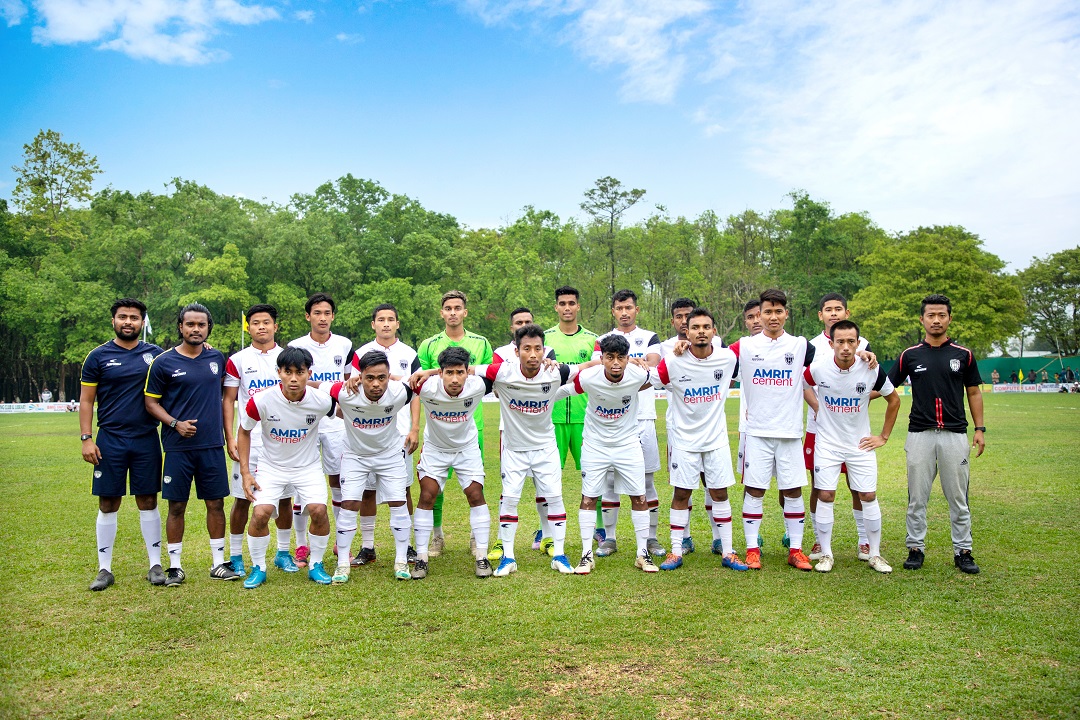 30 Wednesday 2022 | Club Statement
NorthEast United FC reserves went undefeated during the group stage of the 68th edition of the Bharat Ratna Lokapriya Gopinath Bordoloi Trophy but fail to qualify for the semifinals. The Highlanders were grouped with United Chirangduar FC, Assam Regimental Centre Shillong and Shillong Lajong FC in group D. In their opening game of the tournament, NorthEast United FC played a 1-1 draw against local side United Chirangduar FC. Though the opposition opened the scoring in the 22nd minute of the game, Chiranjeeb Gogoi scored the equalizer in the 60th minute. The Highlanders reserves played another 1-1 draw, this time against ARC, Shillong. After being a goal down, Alfred Lalroutsang levelled the scoring in the 75th minute. In the final game of the tournament, the boys played an exciting 2-2 draw against Shillong Lajong FC. Dipu Mirdha opened the scoring in the 9th minute and after being a goal down, Pragyan Gogoi equalized for the Highlanders in the 77th minute. NorthEast United FC reserves managed to earn 3 points from their three encounters by being undefeated, but it wasn't good enough for them to qualify for the semifinals.