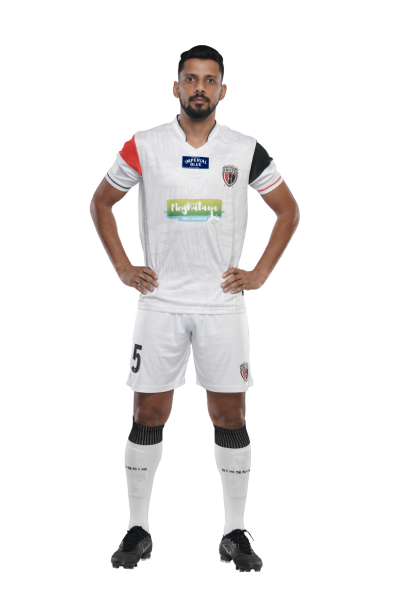 Born into a family of footballers, Gurjinder Kumar started his footballing journey with Chandigarh Football Academy before being drafted into the prestigious TATA Football Academy. The talented left back made a name for himself while playing for Pune FC. His performances with the Red Lizards earned him a national team call up in 2012 against Azerbaijan. He was also part of the 2012 Nehru Cup-winning Indian side. Gurjinder played a crucial role in the 2012-13 Hero I-League campaign and helped Pune FC finish second. He moved to Salgaocar FC in 2014-15 before joining FC Pune City from the player’s draft ahead of Hero ISL 2015. Gurjinder spent the 2016-17 and 2017-18 seasons with Minerva Punjab FC before moving to Mohun Bagan AC. He was an integral member of the side that won the Calcutta Football League in 2018 and then the Hero I-League trophy during the 2019-20 season, making eight appearances for his side. Last season Gurjinder returned to the Hero ISL with NorthEast United FC and made a massive impact where he featured in all the 22 matches of the season and had an assist to his name.