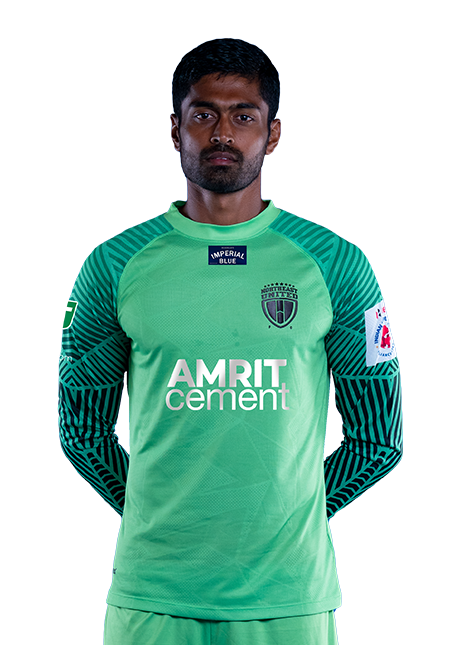 Sanjiban Ghosh began his footballing career with Hero I-League second division club Southern Samity. He made his Hero ISL debut with Delhi Dynamos FC in Hero ISL 2015. Playing in the 2016 season with Delhi Dynamos FC, the custodian made three appearances and kept one clean sheet. He moved to Jamshedpur FC for the 2017-18 season and played one game for the Red Miners. He was roped in by Chennaiyin FC ahead of the 2018-19 campaign and deputized for Karanjit Singh, making three appearances for them and keeping one clean sheet. He joined the Highlanders ahead of Hero ISL 2020-21 and will resume service in the 2021-22 season too.