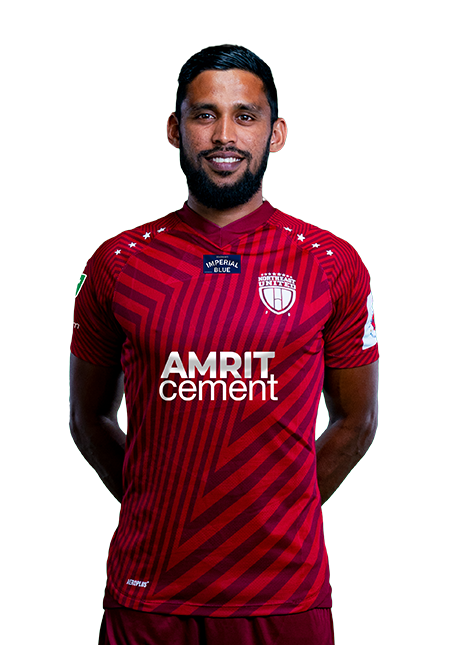 A promising talent from a young age, VP Suhair was a part of the State Bank of Travancore's football team, when he impressed in the Santosh Trophy for the Kerala state team and was signed by second division side United SC. After impressing with his new club, the forward moved to Gokulam Kerala FC.Suhair's career was back and forth between Kerala and West Bengal, having joined East Bengal FC from Gokulam Kerala FC in 2017. He returned to Gokulam on loan in 2018, before joining Kibu Vicuna's Mohun Bagan from their rivals East Bengal for the 2019-20 season. He had a strong 2019-20 campaign with Hero I-League champions Mohun Bagan AC, scoring twice and assisting two times in 16 appearances for the Mariners. After the club's merger with ATK FC, NorthEast United FC roped in the forward ahead of Hero ISL 2020-21. He has scored 3 goals in 19 matches for the Highlanders.