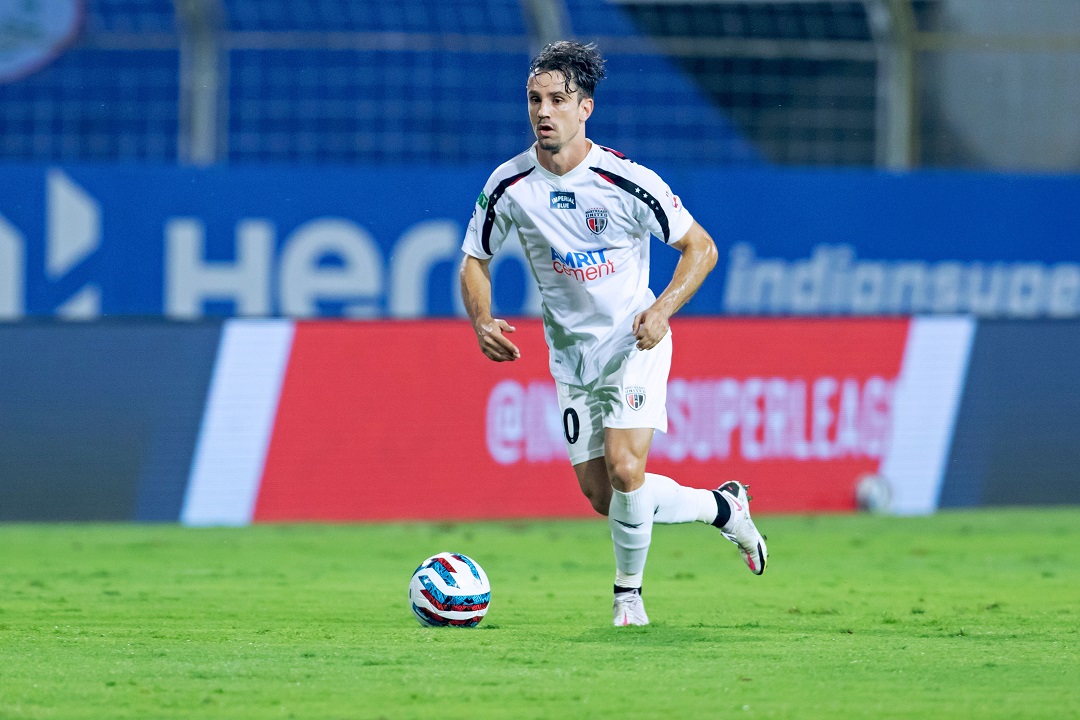 14 Monday 2022
The Highlanders encountered a tough 3-1 defeat against ATK Mohun Bagan at the PJN Stadium in Fatorda. VP Suhair opened the scoring for the visitors right at the 17th minute to open the scoring but Kauko equalised for the hosts at the 21st minute. It was then Liston Colaco who gave ATK Mohun Bagan the lead at the 45th minute and Manvir doubled the lead at the 52nd-minute mark. Coach Khalid didn’t make any change for the first time in the season as he went ahead with the same eleven that faced Kerala Blasters in the last game. It was the hosts who started the game on the front foot as they enjoyed the majority of the possession in the initial minutes and was awarded a corner in the 4th minute which the Highlanders’ defence dealt well. It was at the 9th-minute mark that the hosts had an open run at goal when Manvir was one on one with Subhasish but the experienced Subhasish didn’t allow Manvir’s effort to go past him. NorthEast, on the other hand, had their first fair chance from a corner but Sahanek’s corner was cleared by the keeper and effort from the resulting counter didn’t trouble Subhasish on goal. It was at the 17th minute when against the run of play, NorthEast United opened the scoring of the game through VP Suhair. Marcelinho collected the ball from a misplaced pass and found the perfect run of Suhair, who buried his shot past Amrinder on goal to give the visitors the lead. But it didn’t take the hosts long to equalise, as, at the 21st minute, Kauko found the net from his effort outside the box. Both the teams had quite a few half chances till the 45th minute when Liston Colaco was able to give the hosts the lead for the first time and make it 2-1. As the referee blew his whistle for half-time, it was ATK Mohun Bagan who went into the dressing room with the scoreline of 2-1. As the second half began, both the teams started creating chances at either end and it was at the 52nd minute when the hosts were able to double their lead through Manvir Singh. Diallo's misplaced pass was intercepted by Lenny who fed Manvir the perfect ball to make it 3-1 for the hosts. Khalid Jamil made the first change of the game at the 64th minute when Imran was brought on to replace Pragyan to inject more creativity in the middle. And later at the 70th minute, Deshorn Brown was introduced replacing Marcelinho to bolster the visitors' attack. Despite both the teams having plenty of half chances on each end, the scoreline remained 3-1 as the referee blew his whistle after the full time. NorthEast United will now host Bengaluru FC on the 18th of February at the PJN Stadium in Fatorda.