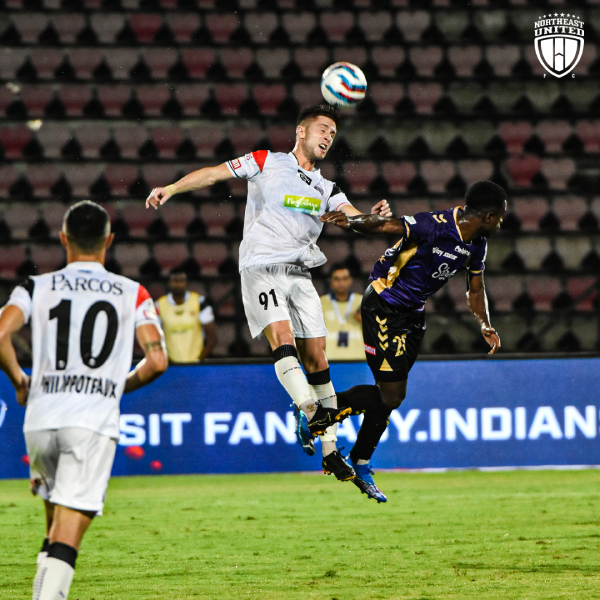 02 Friday 2022
It was hard luck for NorthEast United FC as they were routed by the defending champions, Hyderabad FC in their second match of Hero ISL 2022-23. The highlanders hosted the match at Sarusajai stadium on 13th October 2022. Bartholomew Ogbeche, Halicharan Narzary, and super sub Borjà Herrera for Hyderabad FC found themselves on the score sheet. NorthEast United lose their second consecutive game as they succumbed to the pressure from the visitors. Bartholomew Ogbeche opened the scoring in the 13th minute and with that the visitors entered the second half with a lead of one goal. The Highlanders started off with fire but it was the Nizams who won a penalty in the 50th minute but that was saved by Arindam Bhattacharja. The NEUFC keeper made a few important saves and kept his side in the game. However, Player of the Match Halicharan Narzary of HFC finally managed to put one past him courtesy of a defensive error in the 69th minute. Few minutes later, Borja Herrera at 73rd minute scored to seal the deal for his side. HFC could have had more than three goals but as mentioned earlier, Arindam Bhattacharja was brilliant. The Highlanders created a lot of chances and even came close to levelling the score with great saves from Arindam Bhattacharja but ended up being highlights for the home team on the night.